Bought a new phone and spent the day doing Facebook type things. Will be uploading loads of photos and finding old friends to make it look like I have some in the next few days. Bought the phone in Burnley, an IPhone that is quite up to date. The cyclists were in this evening. This meant quite a late night sitting outside chatting to them and watching them set off safely at the end of the evening. Called Ray to arrange for him to come up on the 25th with Colin. Takings quite good for a Thursday. 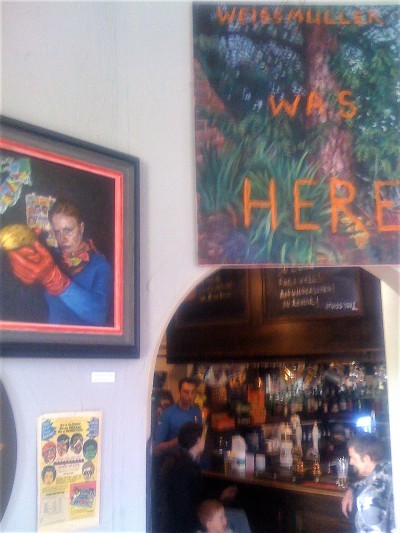 Some of the artwork in the Rodney.

Check out David Newton if you get the chance.

If I had a vision for the pubs it would be something like this. Spend a year in the pub making sure it is viable. From the staff I employed find and train at least one who might run the pub for me. Train them to do so and leave them to do the job. Move on to the next pub and set it up as the next of the Stedders chain. This was a goer with the banks before 2008.It was however a bit simplistic for me to blame the end of this project purely down to the greedy bankers. In March 2008 the team consisted at various times of Kelly, Yan, Danielle, Lucy, Ben, Andrea and Steve. Danielle was running the kitchen and soon she and Dave were in a position to run the pub for me.  While I was away Steve would run the pub. 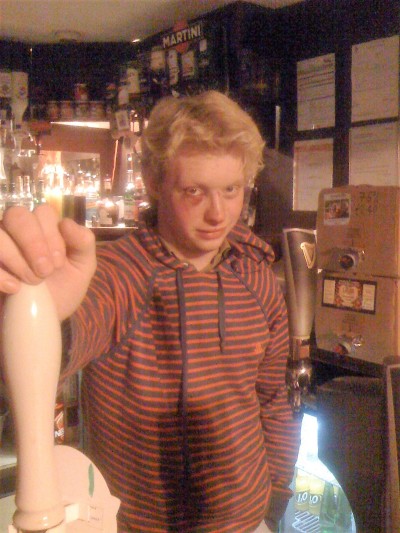 In 2008 the times this happened became greater and while away I honestly became less interested in continuing the project. I was falling out of love with the Rodney, Colne and pubs in general. I should have known that my attention span and history of wanting to change things would mean perhaps I got bored of it all. My real interests were not in Colne. It was too far away from Rovers, Cricket and old friends made over a long time in Milton Keynes and Bristol. I certainly wasn’t particularly happy.

Then came a few more definitive changes. Through Friends Reunited I had been in contact with many old mates. The most significant, and now the most important and fortunate, was finding Rose in her life as (and she will love me for saying this, not) a farmer’s wife in Orkney. I was open to any friends walking back in to my life and Rose drove south as a friend, walked back in to my life and fortunately for me was patient enough to wait quite a long time for me to fall back in love again. Rose had her own agenda that is not to be discussed here and I certainly didn’t make my feelings known to her or others close to me. She found a mixed up mess of a man and had to put up with a preoccupied confused bloke wanting to get a few things straight. 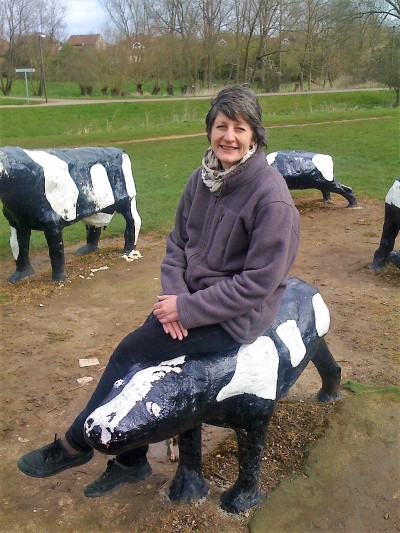 The Easter of this year also found me leaving the pub for Steve, Yan and Kelly to run while I went to visit the folks in Risborough. With the aid of Woody’s new carpet and a late night Perudo and gin session, I returned with a very swollen ankle after falling down his staircase. I probably shouldn’t have driven home and a few days later I took my painful leg to the doctor who ordered an x-ray at Burnley General. Four days later my broken ankle was operated on in the Royal Blackburn. This particular injury is a nightmare for a landlord with a cellar that has steep narrow steps. Running a pub also offers little opportunity to just sit and put ones feet up. It has never really fixed itself and is still painful today. It was my fault but was one of the final nails in the pub business coffin.

In 2006 the banks were very supportive of my Stedders pubs plan. Venture capitalists would apparently eat my hand off when I came back with some evidence of being able to put the plan in to operation. Archers were keen to sell the pub. When I finally decided this was not the pub for me they put it on the market at a seriously inflated price, well beyond the price of any new bidders. My assessment also judged that it needed significant investment beyond the purchase price. New damp proofing, double glazing, and roofing to start with, plus total refurbishment of the toilets and cellar, perhaps involving moving it upstairs. I wasn’t convinced there was a market for food in Colne and would rather go towards putting a micro-brewery in the kitchen space. The pub cellar flooded at least once in every year I was there and this was costly and deflating to personal morale. I had to make some hard-nosed decisions. In one last attempt to see if it might work I decided to let Danielle and Dave run the pub as their own with me giving them a way in to the business by bearing the costs of the building while they paid the premium to buy the business over three years. This would provide me with a token income and them with some security of knowing they could develop the business as they saw fit. In hindsight that was the final mistake I made. They were keen and enthusiastic but ultimately too young to do the job.

Yan and Kelly moved on. Yan to fame and fortune in the beer industry. Kelly briefly to Wetherspoons and then back to more parenting. Danielle and Lucy went off to University and I still count them as friends. I have no contact with Danielle and Dave and that is best left that way.

In among all this the year had some significant highlights.

23rd January: Put in a bid in my new house in Pilning,

31st January: We sponsored a beer at the Pendle Beer Festival. To support this week we agreed that we would become a Sharp’s pub for the week for free beer for those who ventured down the hill to the pub from the festival. We had a meet the brewer event with Stuart Howe bring up pasties by plane from the far South West.

1st March: We had a pub beer trip to Bradford.

11th April: We had a beer of the year competition which involved customers voting for the best beer from a short list based on the bestselling. The winner was Bowland Hen Harrier.

5th June moved in to my house in Pilning. 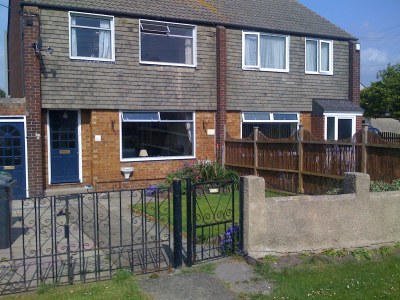 3rd August: A picnic on the banks of the Severn at New Passage

18th September: 50th Birthday. An evening in the White Hart at Littleton on Severn with family and their partners.

From September onward: Living in Bristol at weekends, going to pub during the week only when necessary. Finding time to go out with Rose when she came south and be able to visit friends in Risborough and Shefford. 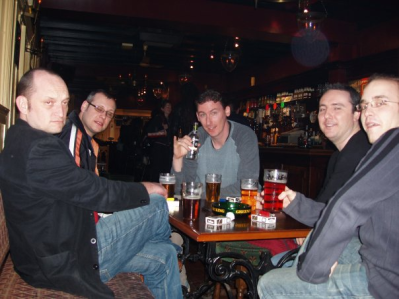 The chaps from Shefford

When I announced I was leaving Colne for good one of the regular old boys suggested I was going home to die. Thanks Frank, but not quite yet. Perhaps I chose to live in Pilning for some romantic notion of knowing the area and going back to my roots. If I was truer to that notion I would have found a house on Severn Beach but it just happened that I could get better value for my cash in Pilning. In hindsight it might have been better socially to move to Bristol where buses and pubs would be more readily available to someone who has a tendency to be out of house after 5 in the evening. The house was a bit of a project as the previous owners had some peculiar notions with gardens and extensions to the building. A newly planned garden, a new conservatory rather than lean – to utility room, new doors and eventually new windows. That last bit still needs to be done. I have grown to like the location and the house. I am still meeting people from my youth who I pass every day but I haven’t recognised.

And so to my list of ten things from the North that i will not miss;