This diary is written a few days late because the day was so busy. We moved house and it was as easy as it could be. Home and Away arrived at 8 and had packed their van by 12. They were brilliant and packed all the glassware on the morning of the move. As usual we then had to sit around for an hour while we waited for notice that we could move in to 30 College Road. We dropped off the keys at 12.45 and arrived at St Albans at 2.They confirmed the move was all ready when we called in to the estate agents in town and they moved stuff in between 2.30 and 5. In the usual moving in style we found the chippy around the corner and cracked open the champagne in the living room at 7. Priority was then making sure the bed was made and the heating working properly.

This was our third house move and probably the easiest. We had taken the two days off work to get things sorted. We sold our 16 Hunters Reach home for £142,500 and moved in to College Road paying £164.000. A four bedroom detached in Milton Keynes was relatively easy to sell, Bradwell was in demand. Finding the house in St Albans was much harder and our three bed Edwardian terrace offered far less value for money but suited us at the time. Fiona could walk to work from here. Not that I ever did but I could also, in theory, catch the train to Leagrave as part of my commute. 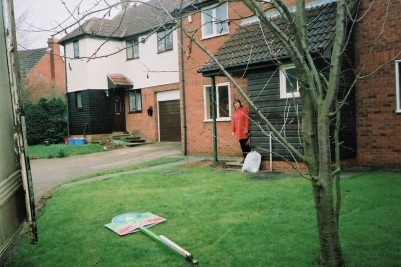 College Road is in Fleetville. It is a traditional working class area of the town and had many older residents who were happy to stay in the house that they have lived in for many a year. Along the road from our house was the Royston Club. This was a traditional back street social club, CIU affiliated and glorying in snooker tables, bingo and Sunday Meat raffles. No real ale then but the welcome and friendliness was really genuine. The old boys in the club wanted a regular chat and a place to smoke. It suited us fine as a place to drop into rather than walk in to town. The immediate local pubs were pretty grim. The Camp and the Rats Castle were typical of the age i.e. appealing to TV sports viewers and cheap keg drinkers. We would rather get a bus into town and do the well-known crawls on Sopwell Lane and Keyfield Terrace. If we had a regular it would be the White Hart Tap. For a more relaxed rural pint we would head out to the Plough at Tyttenhanger or the Green Dragon in London Colney. 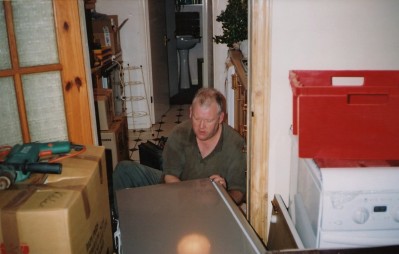 We had been regular tourists to St Albans over the years. I say we, but I really mean Fiona and her Mother. They would go there whenever they could, often on a Saturday afternoon when I was elsewhere playing Rugby or cricket. It is a classic town that is only best seen in the tourist light. A couple of hours strolling around Verulamium or the Abbey was excellent and well worth repeating. A coffee in the middle of some pretty individual shops was a reward for finding a rare parking space in town. Living in the town was somewhat more trying. Like many British towns with transport problems the public transport needs to be excellent. The local bus service was probably the worst I have ever tried to use in the country. Remember when I say that I live in Bristol, recognised as having one of the worst bus systems in the country. The town was constrained by parking permit schemes and very few parking spaces. It could take an hour to travel through the town centre at almost any time of day should there be a delivery to a shop in the High Street. The famous St Albans by pass was always a road to avoid because it fed into and from the ever full M25 or A1 (M). It had the Bed Pan rail line to take most residents to work in London. It was so overcrowded at rush hour that it was positively dangerous to stand on the front row of the platform as the train arrived to take the hapless commuters into town.

The locals were great, friendly and welcoming. In general fellow incomers like us were a nightmare. When people watching Fiona would indulge me in our game of guessing the makers of underwear people were wearing. Not a lot of Marks and Spencer’s in this town. They would be more than happy to tell you of the designer London Stores in which expensive fur knickers might be bought. In our few years in our road many people came and left. There were certain houses with a six monthly recycling as the people found the commute too arduous or the expense of living in the town so great that they a had no social time. I always remember St Albans for the attitude of those who shopped in their out of town shopping centre. It was almost impossible to find a space to park because they were always full with discarded shopping trolleys. We would always take our trolley back to the storage areas that were designed as collection points. We were often castigated for doing so. “You are doing my son Tarquin’s job you know”. “It was someone else’s job to collect the trolleys and we do not have to do it.” Please and thank you in a pub? Forget it. In St Albans it was wave your notes, say what you need and click one’s fingers should Tarquin’s sister need to collect plates after a meal. As you can probably guess we hated the place and couldn’t wait to look to get out.

We did however enjoy the house and street we lived in. We had a rather mad Spanish lady called Maria who lived next door. She was very friendly and always wanted to chat over the wall. She had lived in the house for forty plus years but still had a limited range of English vocabulary. Similarly, the family on the other side of the house had been there since the sixties and the eldest son was in his thirties and living at home with Mum and Dad. 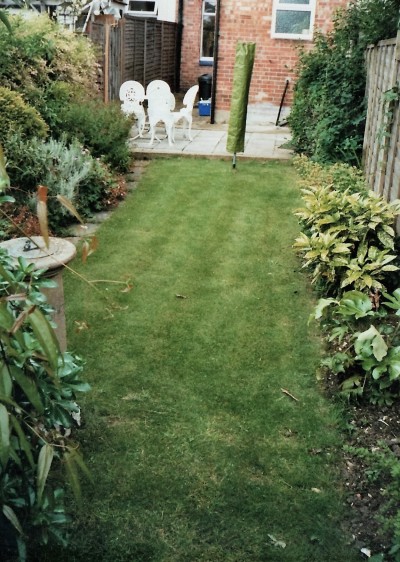 In the first year most of my spare time was spent on renovations. The priority order was as follows.

Our plan was that I would do the job at Luton for a couple more years and then we would be off. We would probably go back to Milton Keynes but possibly to Sussex or the South Coast to be nearer to MIL. We were still regularly visiting the coastal towns of Bexhill and Seaford. I fancied living in somewhere like Bexhill. The house prices were pretty similar to Milton Keynes but jobs would be pretty scarce. I decided that the NPQH would be a good thing to do if only to fill the C.V. with Deputy Head valuable material. In reality a move would probably have to be to one of the larger towns like Tunbridge Wells, Hastings or at a last resort, Brighton. Bristol was on my radar but Fiona made it very clear she would not live in a place where the locals regularly ended sentences with a preposition, mind, or a person’s name. 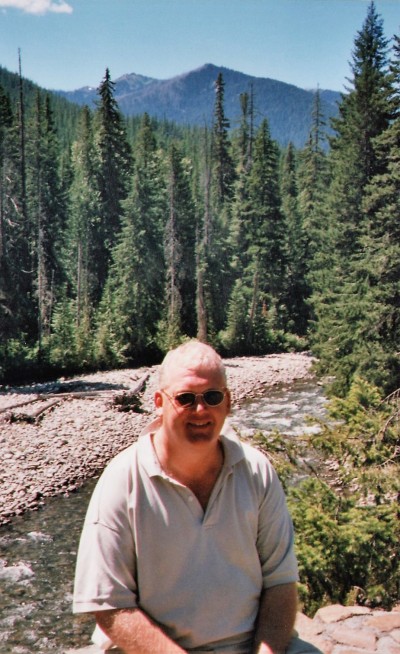 Walking in the Mountains near Mt Hood.

The move had given us enough spare money to go back to the States in the summer. We had three weeks starting in Seattle. Our route took us to Bellingham, Mt. Baker, Victoria in British Colombia, Leavenworth, The Dales, Columbia Gorge, Kelso, Mt. St Helens, Long Beach, Ilwaco, Bremerton, Mt. Ranier, Alki and back to Seattle. Boston Red Sox lost 10 -3 to Seattle Mariners on our final day in town.

Bristol Rovers finished the 2001 -02 season in 23rd place in the bottom division. I still have a signed photo of that team on my bathroom wall. Alvin Bubb played for the team and had a brother who also lived in Hunters Reach. As a kind gesture he got the team to sign the team pic. His name was alongside those of Nathan Ellington, Lewis Hogg, and David Hillier. Then only one team, in this case Halifax, was relegated. For now we had the curious honour of watching what was officially and statistically the worst Rovers side ever. In that season in the same division Swansea finished 20th, and Hull City in 11th.

And in other news we went to Clarkie and Jenny’s wedding.